Hey! So, I am an avid horror movie fan. I just love all things scary, creepy, and spine-chilling. Today I want to share my list of top horror movies. Warning: There may be spoilers below, so if you haven't seen a particular movie you might want to skip over it. (Most of these movies are pretty old but it's impossible to see every movie unless you're a horror movie buff like me.) 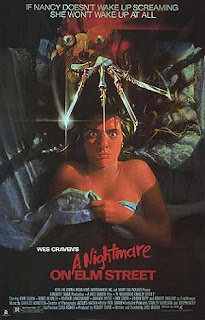 Honestly, Nightmare on elm street is my favorite horror movie and franchise. I just think the concept of a dream demon like Freddy is so smart on Wes Craven's part. I mean a serial killer that you can't really prove is even real. Freddy Krueger is also one of my all time favorite villains. I mean he is extremely scary but also funny. What more could you want?

Seriously, Michael Myers has got to be one of the scariest killers in movie history. As good ol' Dr. Loomis says in the movie Michael is "...purely and simply...evil." 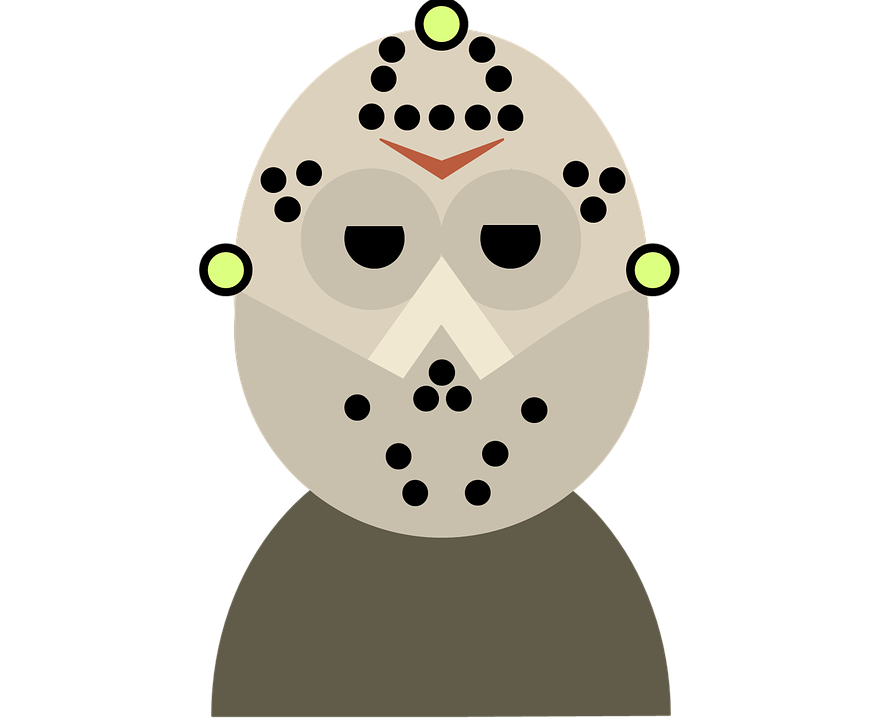 Friday the 13th is a classic in my book. I really enjoy the first and second movies best out of the whole franchise. The first one is great because it is Jason's mother who is doing the killing.  Then starting in part two makes this movie franchise so scary is the idea that you can't really defeat Jason. He's a killing machine and he's continuing mommy's legacy.


4. Psycho
As stated by Norman Bates, "We all go a little mad sometime." And I think that's especially true for those that don't like this classic. (I'm joking, you are certainly entitled to your own opinion)
Either way, Psycho certainly paved a way for future horror movies. I truly love Anthony Perkins as Norman Bates. Even being born in the early 90's, this gem of a movie is one to cherish.

5. The Innocents (1961)
I came across this movie on summer break. I had just finished my first semester of teaching (Jan.-May) Spanish to high school students and I was on a binge of old movies. I looked up list of the best older scary movies and found this movie. The Innocents, if you haven't seen it, is a story about a governess hired to care for two children. She starts seeing strange things in the house where the children live and is sure that there are ghost influencing the children and wanting to cause havoc. The best thing about this movie is that it's blurred if there are really ghost or the governess has gone a little loopy. 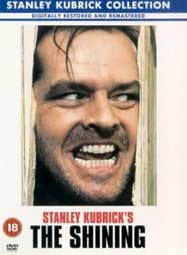 The Shining is often included in many others list for great horror movies because it simply is great. I mean from this one movie we get so many hauntingly, great images that are still referenced and parodied today. I mean the two creepy twins and the bloody hallway alone is enough to cement this one in history.

I enjoy the old and remake of Stephen Kings amazing book It. What can be scarier that an evil clown that is actually an extremely old and extremely evil entity? Yeah didn't think so!  And if you haven't done so already, I recommend you read It by Stephen King. It's a hefty read, but so worth it.

8. Carrie (1976)
Another from Stephen King. As you've probably already guessed, I'm a Stephen King fan and when it's done right, his books can be fabulous adaptions to the big screen. Carrie is one of those. The scene when the blood drenches Carrie is amazingly shot as well as when Carrie's mother is killed. This movie holds up even over 30 years later. It is a story that can truly hit home about a bullied teen that just gets fed up of being repressed by her religiously fanatic mother, and tormented by her classmates. Even though murder is never good, can't we all sympathize with Carrie just a little.

9. Night of the Living Dead

10. The Exorcist
Couldn't be a "greatest horror movie list" without the Exorcist that has influenced many movies. It's scary, gross, chilling, and innovative for it's time.

Child's Play is a horror movie that is just fun. It was in a way innovative for it's time, but dolls have been used for horror plots before. Ever seen the twilight zone? Child's Play just takes the fear of dolls and amps it up.

12. Scream
Scream is a movie that is genius in itself. This meta film is great because the characters know all the tropes in scary movie. They are aware of how scary movies work, and this fact alone makes the movie a game changer. Excellent work from the late Wes Craven.

14. US
This 2019 movie is a horror movie that makes the view really think. That is why I love this movie and it happen to make my list. I love what I call "smart" horror movies, that have either a unique concept (Nightmare of elm street) or make the audience really think about the movie even days after seeing it. I think US certainly did that.

15. Hellraiser
Another classic, this movie from Clive Barker is scary because it introduces us to the Cenobites. Even scarier, is the fact that humans can be just as wick as the "demons".

16. Train to Busan
This movie from South Korea is the "other" zombie movie on my list. I loved this movie because it took zombies and gave us something fresh. Plus (SPOILER) the ending is just heart-wrenching. Plus plus, I absolutely adore Gong Yoo as an actor and he's pretty hot too. Definitely check this one out if you haven't already.

17. The Texas Chain Saw Massacre (1974)
A chain welding psychopath who cuts off his victims faces and wears them. That's all.

18. The Omen
It's scary because the evil is a seemingly innocent child. Do you punish the child to rid the world of evil? The movie is wonderfully acted and has some classically scary scenes. The soundtrack also adds another layer of scary. What's even more frightening is when you hear of all the scary things that happened to many of the people involved with making this movie. Gives me chills! 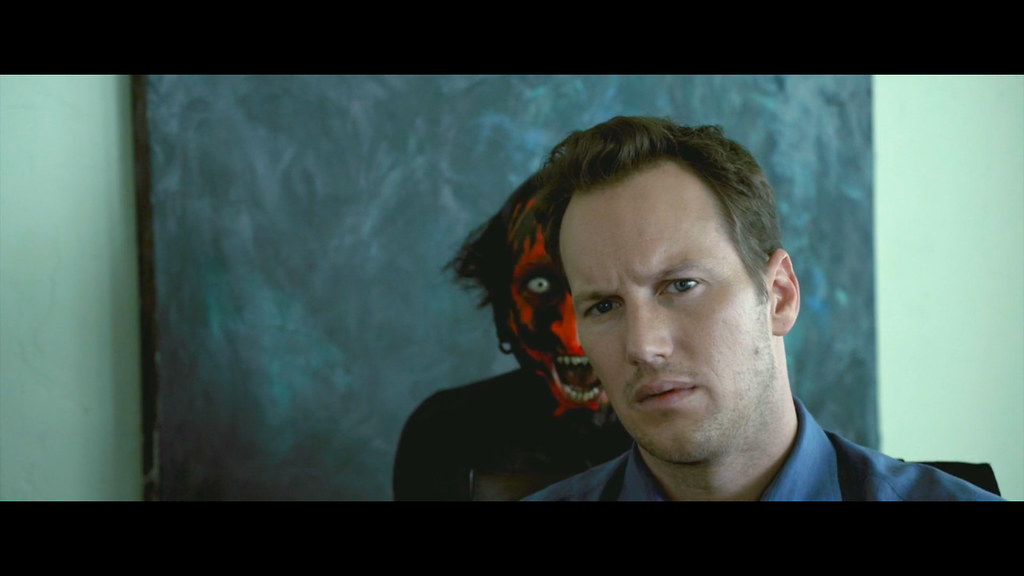 This movie is one that actually really scared me after I saw it. It had me imaging I was seeing things in my own home. If a movie can do that, it surely belongs on this list.

20. The Evil Dead
I just saw this movie recently, and I thoroughly enjoyed it. It was certainly different and I found it to be a good movie. My family thought otherwise when I showed it to them later. They were not fans unfortunately.

21. New Nightmare
I love this meta film. Another "smart" scary movie, the movie itself sees the Nightmare of Elm street as a fictional movie franchise and follows the actress from the movie, Heather, in her "real life".  An ancient evil, (a demon to some or just an evil) wants to stay alive through the character Freddy Krueger and enter into our world. It's a very smart movie. Wes Craven does it again!

The Amityville Horror is a "haunted house" drama that I couldn't leave off this list. I enjoyed the 1979 version a lot and this may be an unpopular opinion but I also liked the 2005 remake as well. I do think the 1979 version is superior though. It's just scary good fun.

Other honorable mentions
Saw
Final Destination
Leprechaun (this one is just so bad it's good in a way. Good campy fun)
Ring
The Grudge
Shutter (Thai version. The US remake was pretty bad.)


There you have it! My list of best horror movies. I may add to this list in the future but for now this is my list. What do you think about my picks? Are there some great horror movies that I missed? Comment on this post and let me know. Thanks!