Today I want to come on here and talk about one of my favorite topics: Horror Movies!

I love watching horror movies in a variety of genres and I have a particular love for slashers. Today I'm writing a quick review of a movie I just watched recently for the first time, The Stepfather. 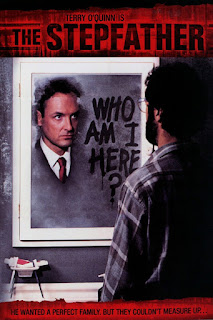 So if interested keep on reading. You can also check out my Youtube channel. My channel name is Erin Hudson and I recently did a review of the Stepfather. 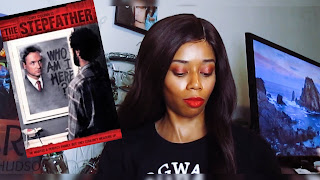 Background:
The Stepfather is 1987 psychological thriller/slasher that is directed by Joseph Ruben. This movie stars Terry O'Quinn, Shelley Hack, and Jill Schoelen. This movie is following a man who we know as Jerry Blake. Jerry Black is a serial killer who is essentially looking for the perfect family. Jerry is the identity he has now, but he takes on different identities to date women and marry into their family. Jerry, played by O'Quinn is show at the beginning changing his look and walking out of his home with his families bodies littered all over the house. We know from the beginning that he's killed his family, changed his name, and is looking for a new family. Then Susan and her daughter Stephanie enter the picture. Jerry marries Susan and becomes the stepfather. He tries to have this perfect family but if things don't go as planned within the family he's infiltrating, things can get dangerous.

Rating of Plot and Villain/Antagonist:

Plot --> I think the plot of this movie is fairly solid. It's not anything super complicated and it doesn't need to be. The movie is simple but frightening all in one. The very idea is scary because it could happen in real life.

Villain/Antagonist --> The villain of this movie is the stepfather played by Terry O'Quinn. The stepfather, Jerry Blake, is very scary because right of the bat at the beginning of the movie, we know he's killed his previous family and now he's becoming apart of this new family. We know that he's the bad guy right away. No mystery, no guessing. In this movie that works. Jerry Blake is scary because the seems like a normal guy that anyone could meet in real life, who seems like a stand-up guy, but is a lunatic in reality. I especially like how they show Jerry having these fits of rage throughout the movie!

Highlight Scene:
The scene I want to highlight from this movie is one near the end of the movie. If you haven't seen this, probably want to skip this part. This is the official spoiler warning!

Okay, so the highlight review is at the end when Susan is grilling Jerry about him not working, and he just seems so confused. He then says this line "Who am I here?" and we realize Jerry has definitely snapped as he doesn't even know which identity he's using at the moment. It's a great moment and decently scary.

Thanks for reading. If you would rather listen, you can watch my video on my youtube that also talks about this review of the movie The Stepfather.